First launched in 2016 with the aim of enlarging the understandings of European Union and learning their strategic relationship with Korea, MEUK is Korea’s sole educational simulation and academic activity of the EU.

In 2017, a total of 110 Korean high school students participated in the MEUK that was held in SNU Global Convention Plaza with the sponsorship from the SNU EU Centre. Each delegate was represented on behalf of one of the twenty-eight EU member states, as a member of the European Parliament, Head of State, Minister in the Council, or journalist. 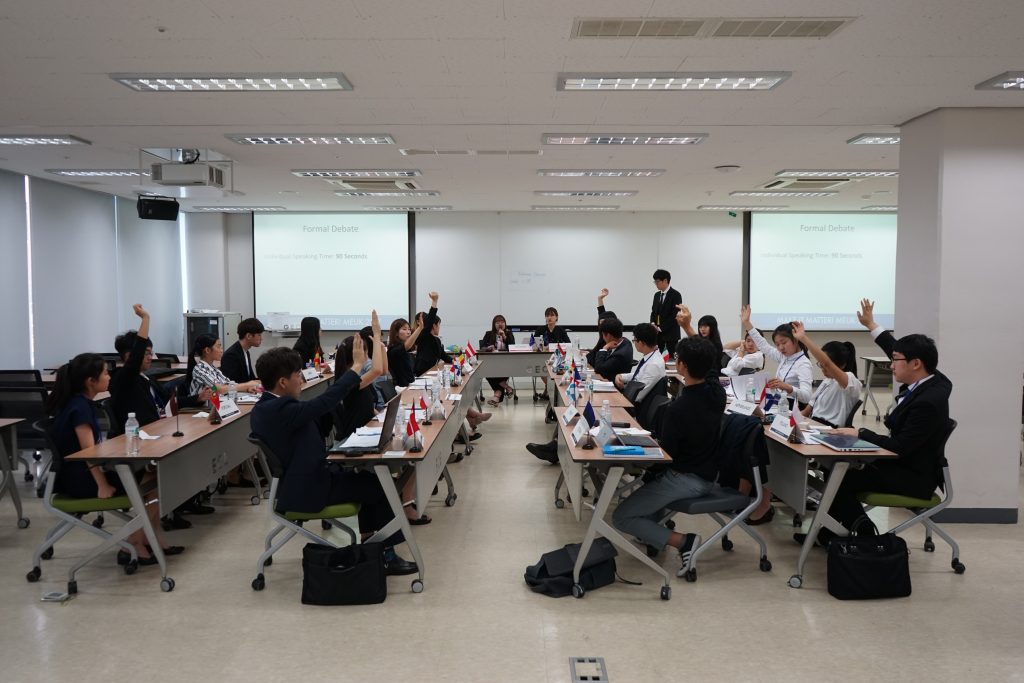 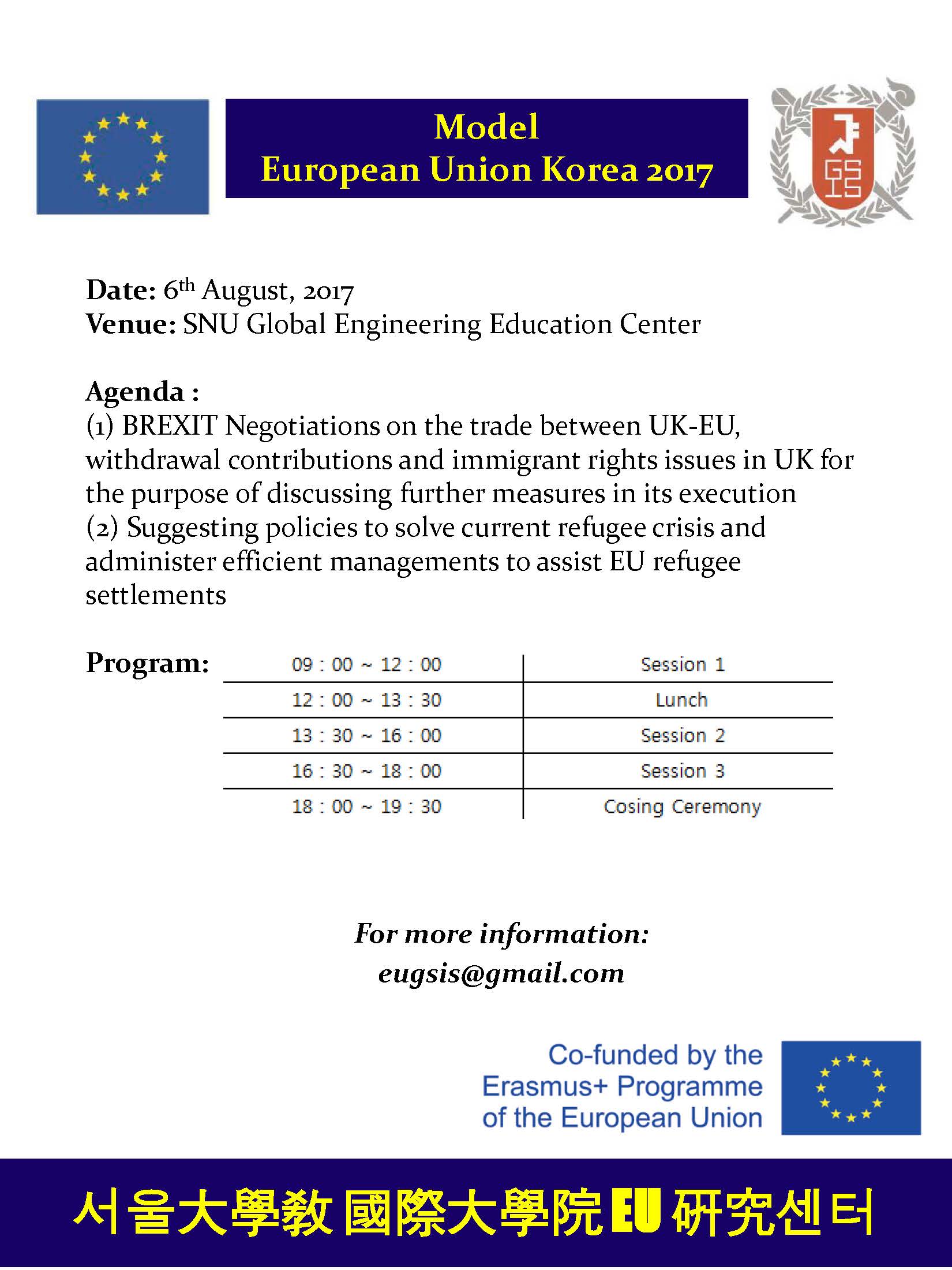 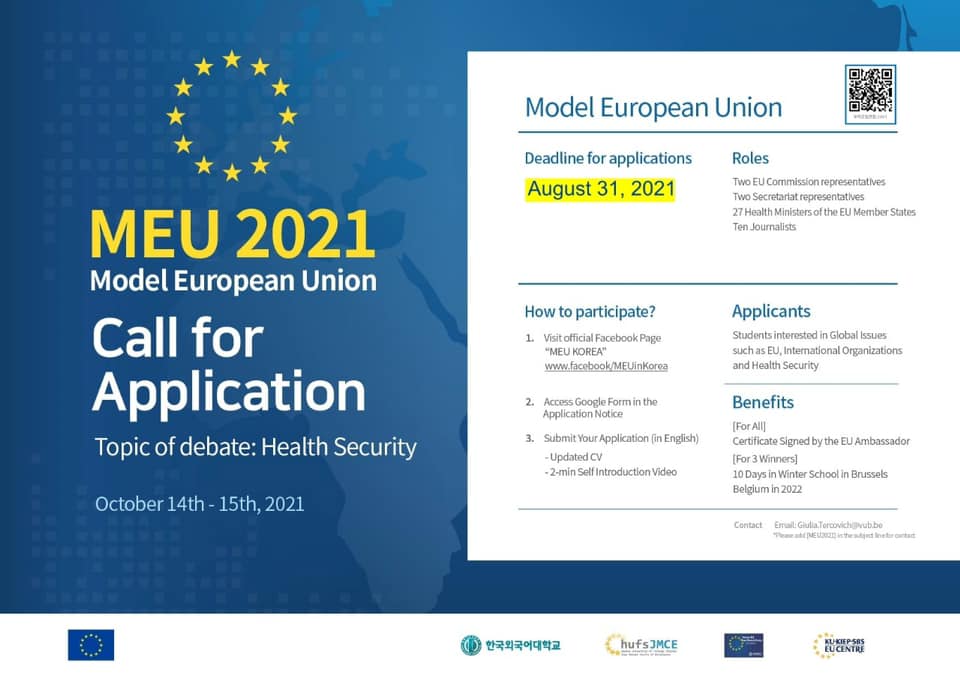